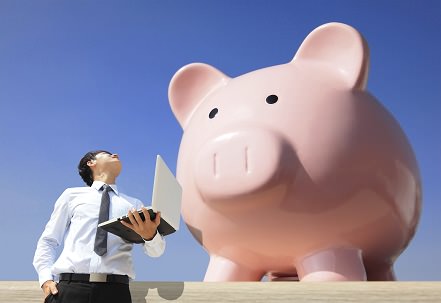 An introduction… Legislation Changes for 2016-17

What payroll changes will you see this year?

As a result there has been a general uplift of tax codes with suffix ‘L’ which has been increased by 40. HM Revenue & Customs (HMRC) are also issuing individual tax codes for the tax year starting 6 April 2016 for some employees.  Employers should have received these by the end of March 2016.

The income tax rates and income tax bandwidths for the tax year starting 6 April 2016 are shown below:

If you employ an apprentice who is under the age of 25, from 6 April 2016 you no longer have to pay employer Class 1 NICs on their earnings up to the new Apprentice Upper Secondary Threshold.

To qualify, your apprentice must be under 25 years old, and working towards an apprenticeship in the UK which follows a government approved framework or standard.

To apply the relief, you must also hold either a written agreement between you, the apprentice and the training provider; or evidence of government funding for the apprenticeship.

Employees may, depending on their level of earnings, start to accrue entitlement to the new State Pension instead.

Eligibility for the contracted-out National Insurance contributions (NICs) rebate of 3.4% for employers and 1.4% for employees will also cease from this date.

From April 2016 there are now two student loan plan types which will be known as Plan 1 and Plan 2. Each plan will have a different threshold. You will need to deduct student loan repayments using the appropriate plan type.

From March 2016 the SL1 start notice issued by HMRC will show which student loan plan type you should make deductions against for an employee due to start repayment from April 2016. In addition to this:

Are you still completing form P46?

Do you know that form P46 is no longer used? This form has been replaced with the ‘starter checklist’ and you can use this to help you get the necessary information from your employee before their first pay day.

**This has been updated from 6th April 2016 to include the new legislation relating to student loans.  The form can be found at the following link:

Eligible businesses and charities reduced their Employer Class 1 National Insurance contributions bill by up to £2,000 in 2015-16 by claiming the government ‘Employment Allowance’. This will continue in 2016-17 and from 6thApril 2016, the maximum value of the allowance has risen to £3,000 a year.

If you already claim the allowance and continue to be eligible to claim, your claim will be ongoing and you just need to continue making the appropriate deductions from the amount of Employer Class 1 National Insurance contributions you would have paid to HMRC.

However, from 6 April 2016, if you’re the only employee in a company, and also the director, your company will no longer be eligible for the allowance.

After April 2016, any employer currently within the Construction Industry Scheme (CIS) now has to send their monthly returns online. HMRC will no longer accept any paper CIS returns from the new tax year.

This change is one of a series of improvements HMRC are making to CIS to increase efficiency and accuracy and to reduce administration. Other changes will include the ability to amend returns online and an online message/alert service.

Since 1st April 2016, the government has introduced a new compulsory National Living Wage (NLW) for workers aged 25 and above. This has been set at £7.20 per hour; a rise of 50p relative to the current NMW rate.