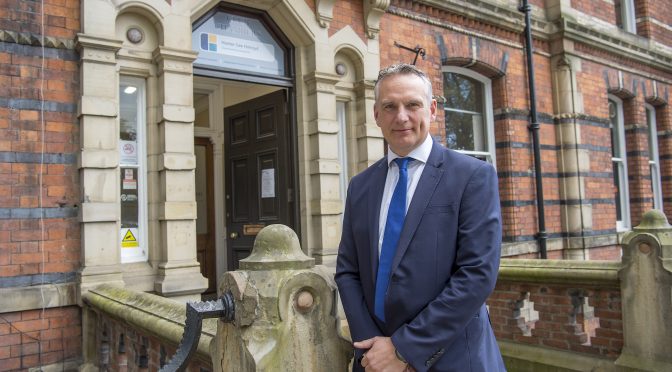 Leading independent York-based accountancy firm Hunter Gee Holroyd is delighted to announce the promotion of one of its Directors to Managing Director, as part of its ongoing growth plans.

Hunter Gee Holroyd, which has offices in York, Easingwold and Filey, said Mark Grewer would begin his new role with immediate effect.

Mark, who has a wealth of experience advising owner-managed businesses and heads-up the corporate finance team, joined the company 32 years ago and became a Director in 1999.

Having been with the business for more than 30 years, Mark has seen it grow from a team of 22 to 40, offering a range of specialist support.

The new management structure will see Mark taking on the day-to-day running of the business, with support from his Director’s Nigel Atkinson and Nigel Everard, along with the Senior Management team.

Mark, who has played a leading role in the development of the company said: “I am taking over as Managing Director with the company in a strong position, following a turbulent year for us all.

We have ambitious plans for the future including a fully digital workplace and helping businesses with the transformation to digital tax which will be a growing area of our business.”

I am also looking forward to being able to concentrate on strategic developments which will help pave the way for future growth.”

Hunter Gee Holroyd has been established over 90 years, offering a range of chartered accountancy and business advisory services throughout North Yorkshire.  With a dynamic team of 40 staff including three directors, it operates from three offices in York, Easingwold and Filey.  Its clients include owner managed and family-owned companies in the agricultural, hospitality, legal and construction sectors, plus independent operators offering IT and technology services.